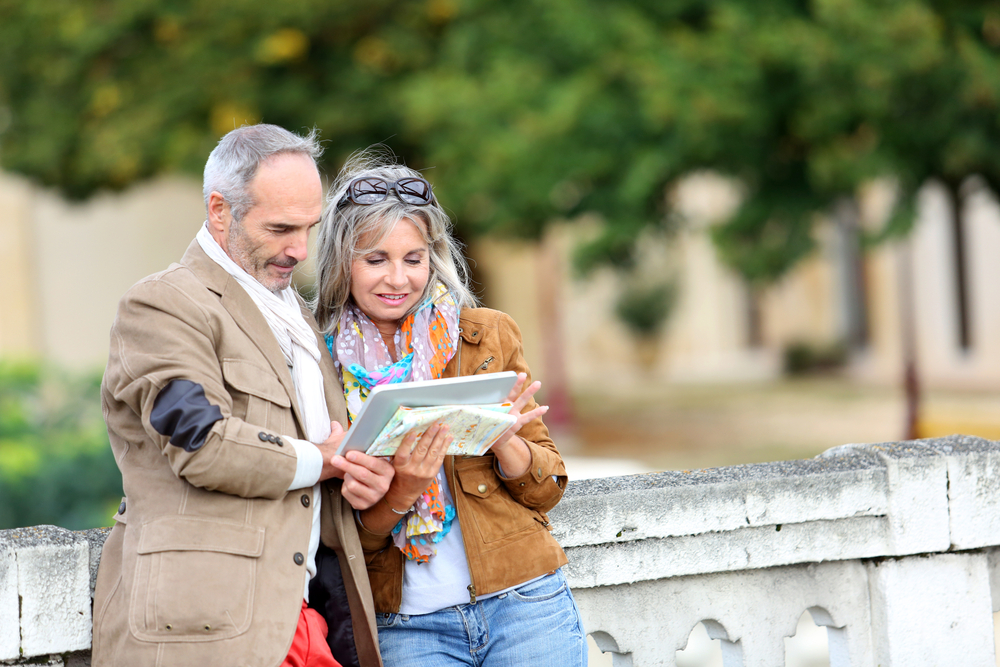 It isn’t always advantageous to wait until age 70 to file for Social Security benefits. What happens when one spouse is the primary breadwinner and both spouses are eligible for benefits on their own work record? When married couples have unequal incomes, it may make sense for the spouse with the lower benefits to file before 70. Due to the numerous factors that will ultimately govern your lifetime expected benefits, deciding when is best to claim Social Security benefits usually requires a highly individualized analysis. However, by narrowing down the variables and making some assumptions, retirees and pre-retirees can glean some insight more relevant to their situation.

According to a study by The Center for Retirement Research at Boston College, nearly half of all men and women (42% and 48%, respectively) claim their Social Security benefits as early as possible: age 62.

Although the next most common age to file for benefits is full retirement age (approximately 30%), less than 4% of all men and women wait until age 70 to claim their benefits.

These numbers are staggering considering retirees with a full retirement age (FRA) of age 66 stand to receive only 75% of their benefits by claiming at age 62, whereas by waiting until age 70 they could have pocketed 132% of their full benefits.

There are several reasons an individual may elect to begin receiving benefits as soon as they’re able. However, it is likely that many of the individuals claiming early benefits did so without much consideration or analysis. Especially for married couples where both spouses are eligible to receive their own benefits based on their work history, developing a Social Security strategy is advisable.

Assuming Social Security income is not required to meet every day expenses, it can be advantageous to analyze your potential benefits under various Social Security filing strategies. The analysis is much more complex for couples than single individuals, as the breakeven analysis will need to factor in each partner’s age, life expectancy, spousal benefits, individual retirement benefit, tax implications, and so on.

It is well-known that the closer you get to age 70, the more money you will receive when eventually filing for benefits on your own work history. But in some cases, the additional monthly benefit from waiting does not justify forgoing income in the present. A breakeven analysis can help illustrate this. For simplicity, we’ll ignore the inflation indexing, tax implications, potential investment returns, and spousal benefits.

Max is deciding whether he should file for benefits at age 62 or at his full retirement age, 66. His FRA benefit is $1,000/month and his benefit at age 62 is $750 (75% of his FRA amount). If he takes his benefits at age 62, he will receive $3,000 per year less than if he waited until FRA; however, because Max began receiving benefits 4 years early, he’s already accumulated $36,000 in total payments at the end of his 65th birthday.

This $36,000 ‘head start’ is divided by the $3,000 he sacrificed annually to take his benefits at 62, equaling a 12 year breakeven period compared to his full retirement age accumulations. Therefore, at age 77 (66 + 12 = age 77) Max’s accumulated benefits in either scenario would be equal at $144,000. If Max lives past age 77, he would have earned more over his lifetime by waiting until FRA, all else equal.

Of course, this simplistic example didn’t include the very real factors which will also impact an analysis, like investment returns, inflation, taxes, or spousal benefits. A true analysis of Social Security benefits and projections is very complicated, especially after figuring in a spouse, and usually requires specialized software.

Social Security planning strategies for couples with a primary breadwinner

Calculations aside, there are a number of planning considerations for couples, especially when one spouse’s benefits are expected to be a lot higher than the other’s. Social Security will pay the higher of your own retirement benefit, 50% of your spouse’s FRA retirement benefit (if living), or your survivor benefits (if widowed). Widows or widowers are eligible to receive 100% of their predeceased partner’s benefits. However, if your spouse filed for benefits early, or if you elect to receive survivor benefits before FRA, your monthly payment will be reduced.

If both spouses have similar expected benefits, there’s little to no value in a higher spousal benefit. If there’s a large gap in the life expectancy of the couple, it may be advantageous to focus planning around analyzing the survivorship benefit at different breakeven points, if the spouse with longevity files at FRA while the other spouse’s benefits continue to grow at 8% per year after FRA.

The spouse with higher benefits would likely not get any value by the lower-benefit spouse delaying the decision to file. Rather than claim spousal or survivor benefits, the high-benefit spouse would only claim benefits on their own work record.

Let’s assume Kim, age 63, is the ‘lower benefit’ spouse and her husband, Brad, age 66, is the ‘higher benefit’ spouse. Both receive Social Security. If Kim dies before Brad, Brad’s own retirement benefits would be more than Kim’s benefit, so not only was he not receiving a spousal benefit, he also won’t get a survivorship benefit. Since Kim didn’t live to her breakeven age, it was advantageous to file early.

The decision for Kim to file or delay should focus on whether both spouses are likely to be alive beyond the year she reaches her breakeven age. Otherwise, Kim may not wish to delay, because if Brad dies first, she’ll assume his higher benefits instead of her own, thus making the goal of increasing her own benefits by waiting, moot. For delaying as a strategy to pay off, Kim needs to live past her breakeven age and Brad needs to be alive when she does, so his benefits don’t overwrite hers.

Even this overly-simplified analysis gets quite complex without even factoring in the opportunity cost of investing extra income, taxes, dependents, inflation, and so on. In the end, even the most robust Social Security benefit projections will always be an educated guess, as life expectancy is perhaps the most pivotal factor in the cost/benefit of different filing scenarios.

To add to the complexity, spousal benefits also play an important part in a couple’s breakeven analysis. Depending on the gap between each partner’s expected benefits, the decision to file early, at full retirement age, or delay can vary considerably.

In 2015, changes were made to the Social Security program which will impact many couples who haven’t filed for benefits yet. The popular ‘file and suspend’ strategy, where a spouse with a larger benefit would file at full retirement age then immediately suspend their application until age 70 (thus allowing a spouse to receive spousal benefits while the suspending partner’s benefits grew 8% per year), was disallowed in 2016.

As part of the same legislation, changes were made to an individual’s potential ability to select which benefits they wanted to apply for based on their age, called a restricted application. Previously, if a person filed for Social Security benefits early (before their FRA), their application was ‘deemed’ to have been filed for all benefits they were eligible for. For many early retirees, this meant receiving a reduced benefit based on their own earnings (primary insurance amount or PIA) and also a reduced spousal benefit, perhaps only 37.5% instead of 50% of their full spousal benefit.

Under the previous system, if an individual waited until they reached their full retirement age, they could elect to file a restricted application, which would enable them to elect to receive their full spousal benefit and delay claiming a benefit on their own work history until age 70.

Under the current Social Security rules, only individuals who will turn 66 years old before January 2, 2020 will still be able to file a restricted application. Anyone turning age 66 on or after January 2, 2020 will be ‘deemed’ to have filed for all eligible benefits available to them – regardless of whether they are claiming their benefits before full retirement age or not.

When are you eligible for a spousal benefit?

Three conditions must be met to be considered eligible for a spousal benefit:

It is also important to note that deemed filing will take place when you become eligible for a spousal benefit, even if one wasn’t available when you initially filed for benefits.

How are spousal benefits calculated?

Important Note: the following examples have been simplified for clarity and are not intended to be representative of a complete benefits calculation. The following examples also do not include indexing for inflation. Consult your financial advisor or the Social Security office for questions about your personal situation.

If Emily has not yet filed for benefits, Tim is only eligible to collect benefits based on his own PIA. At full retirement age, Tim’s full benefit would have been $1,000/month based on his earnings history, but because he filed at age 62, he will only receive 75% of his full benefit, or $750/month.

Now let’s assume in 2 years Emily files for benefits at her full retirement age of 66 and receives $2,200/month. Tim will be age 64 at this time, and will now be automatically considered eligible for spousal benefits. How will Tim’s total benefit be calculated?

A spouse’s maximum Social Security benefit is equal to 50% of their partner’s FRA benefit amount, less your own benefits at full retirement age. So in this example, had Tim waited until his FRA to file, his maximum monthly benefit would be calculated as follows:

Had Tim waited until age 66 to file, his monthly benefit would be $1,100 when he became eligible for spousal benefits.

(Note: had Emily’s FRA benefit amount been $2,000 or less, Tim would continue receiving benefits under his own PIA as that would be greater than his spousal benefits.)

However, because Tim was ‘deemed’ to have filed for spousal benefits 24 months before his FRA, Tim’s benefits would be calculated as follows:

Tim’s FRA benefit amount of $1,000 is then subtracted to determine if Tim qualifies for an excess spousal benefit to be added to his retirement benefits. If the resulting figure is less than or equal to zero, no spousal benefit will be added to Tim’s monthly benefits. ($917 – $1,000 < $0.) (Note: Tim’s benefit amount at FRA is used regardless of when he actually filed).

Since Tim filed early for both his own retirement benefits and spousal benefits, Tim will continue to receive his own Social Security benefits of $750, even after Emily files at her full retirement age of 66.

Had Emily waited until she was 68 to file for benefits, Tim would have reached his FRA age of 66 when he would be eligible for spousal benefits. Using the same example where Tim filed for his retirement benefits at age 62, his spousal benefits would be calculated as follows:

Tim’s actual benefit, claimed at age 62 is $750. After adding the $100 spousal portion of the benefit to Tim’s current benefits, his total benefit is $850.

Deciding when to file for Social Security benefits is a complex and dynamic analysis for those who do not need the income to meet their daily expenses. As Social Security legislation and tax laws change over time, so too will the considerations as to when may be best to claim your benefits.

A comprehensive analysis of your situation and how to maximize your wealth though your Social Security benefits and other investments cannot be done in a vacuum. Including factors such as inflation, investment returns, taxes, and so forth, requires specialized software and an understanding of the other financial considerations at play.

Infographic: How Filing for Social Security at Different Ages will Impact Your Benefits 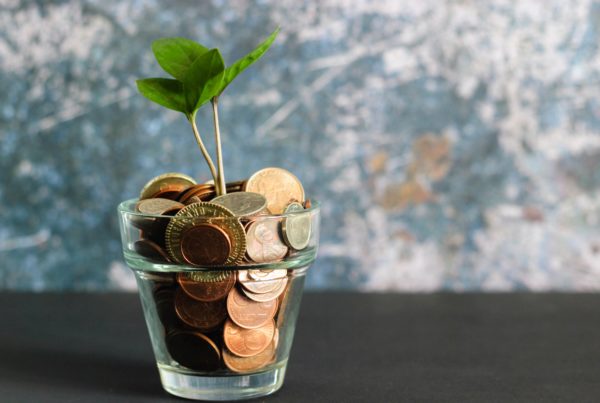 What To Do With Excess Cash: 7 Ways to Use Extra Savings 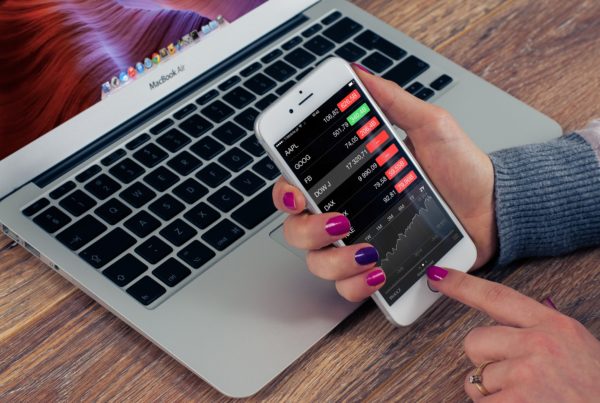 Converting a Traditional IRA to a Roth Before or During Retirement 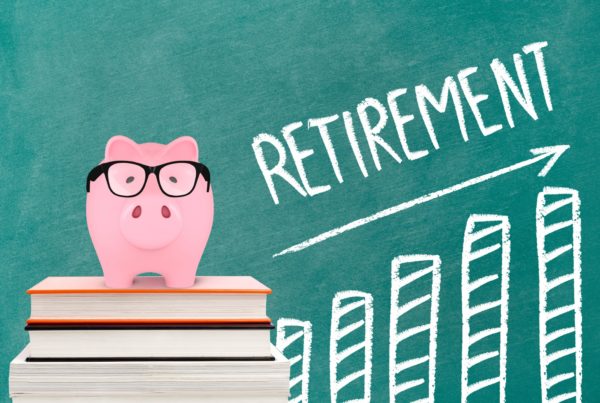