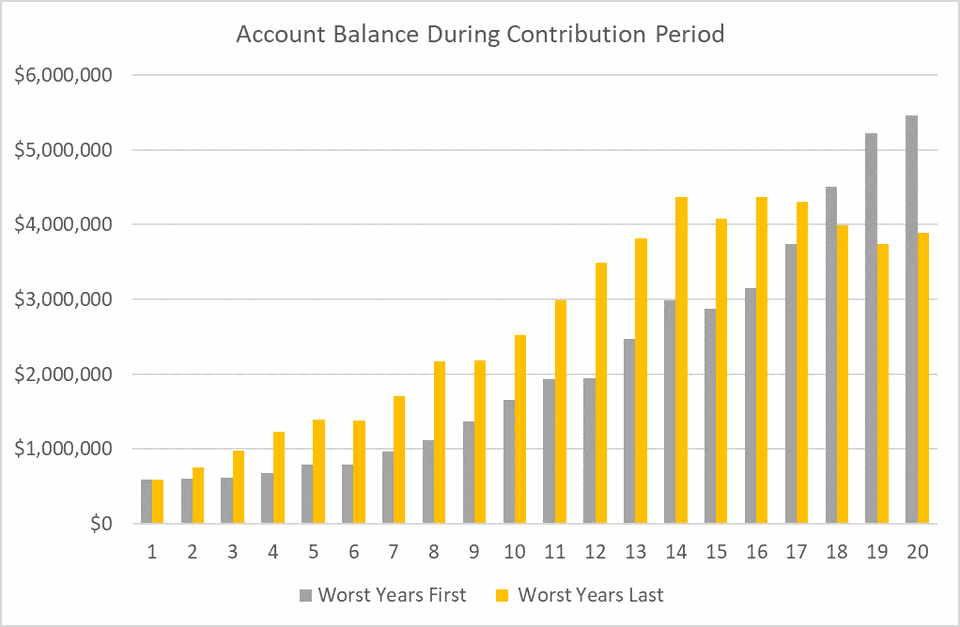 There’s plenty for investors to worry about when their financial livelihood is on the line. When planning for major financial decisions such as retirement, individuals often focus on the severity of a market downturn, underestimating the impact that timing and cash flows can have on their portfolio.

The sequence of returns risk is the impact the order of investment returns can have on your portfolio. As individuals move from the asset accumulation stage of their life to withdrawing assets in retirement, the sequence of returns risk will also shift. Considering the timing and severity of market activity, along with your planned contributions or withdrawals, can help you better prepare for the unknowns.

Saving for retirement: the accumulation phase

Eddie’s investment, fund A, produced an annualized time-weighted return of only 2.31% over the first 10 years, but over the last 10 years, the fund is averaging 9.63%. The opposite is true for Lester: fund B enjoyed the best 10 years first and the worst performance at the end. The standard deviation of each 10-year period is roughly aligned to the entire 20-year period, approximately 9.50%.

So who is better off? After 20 years, Eddie’s portfolio is worth nearly $1.6 million more than Lester’s due to the sequence in which the investment returns occurred. Since Eddie’s worst decade occurred when he was earlier on in his contribution phase, relatively fewer dollars were impacted by the initial volatility. As Eddie reached the second decade, he still had half of his total contributions left to invest and due to the high performance, he was able to maximize the benefits of compounded growth.

In Lester’s situation, while he did enjoy the benefits of compounded growth in the beginning, the volatility in the last 10 years had a much greater impact on a dollar-per-dollar basis on his account, despite earning the exact same 20-year time-weighted return as Eddie.

Note: the analysis excludes the impact of inflation, taxes, dividends, or capital gains. For simplicity, the projections assume funds are invested at the beginning of each year and compounded annually. Returns reflected as an annualized time-weighted rate of return (TWRR), which is typically used to measure fund manager performance as it excludes the direct impact and timing of cash flows and geometrically links each sub-period to reflect the impact of compounding. Notably, because the TWRR excludes the impact of cash flows, the sequence of returns risk is not identifiable in the calculation.

During the asset accumulation stage of life, individuals are most vulnerable to a market downturn when their portfolio value is the greatest, which is typically while at the end of working years and at the onset of retirement.

In retirement: the drawdown phase

When assets are consumed in retirement, the sequence of returns risk changes. Now assume two retirees, Elsa and Lei, each have an account worth $1.5 million and require $75,000 from their account at the beginning of each year for 20 years. Like Eddie, Elsa is invested in fund A, and like Lester, Lei is invested in fund B. Recall, both funds have a total time-weighted rate of return of 5.91% over the 20-year period. 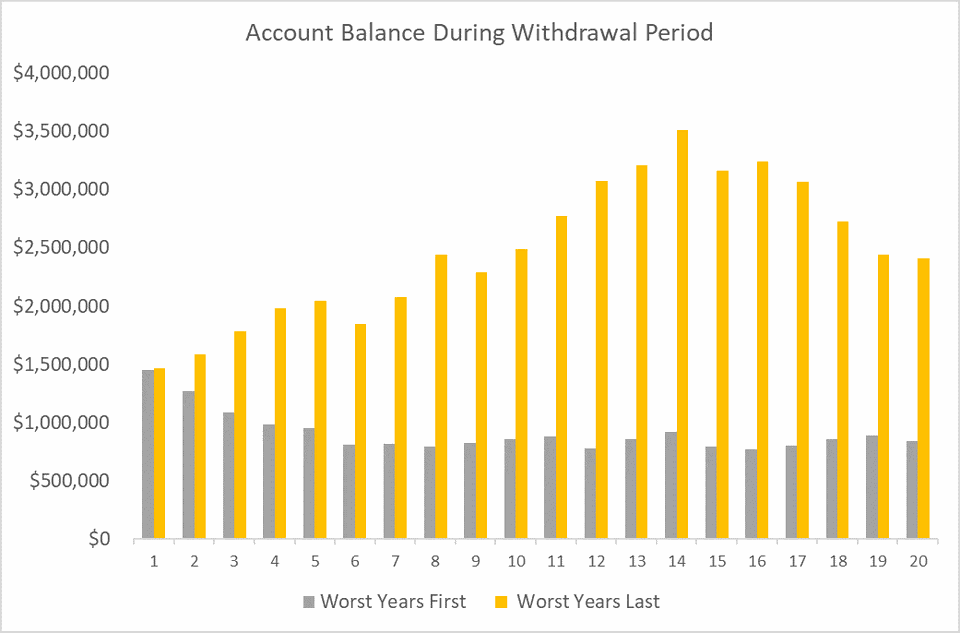 Note: the analysis excludes the impact of inflation, taxes, dividends, or capital gains. For simplicity, the projections assume funds are invested at the beginning of each year and compounded annually. Returns reflected as an annualized time-weighted rate of return (TWRR), which is typically used to measure fund manager performance as it excludes the direct impact and timing of cash flows and geometrically links each sub-period to reflect the impact of compounding. Notably, because the TWRR excludes the impact of cash flows, the sequence of returns risk is not identifiable in the calculation.

Using the same sequence of returns as the first example for the respective best and worst years, notice how Lei is better off with fund B, when the worst years happened last. After 20 years, Lei’s account is worth nearly $1.6M more than Elsa’s because during the last 10 years when her account earned 2.31% on average, there were fewer dollars left to lose from a down market.

Unfortunately for Elsa, by the time she reaches year 11, her account is worth a fraction of Lei’s, and because she’s making withdrawals, there’s even less invested year-over-year to benefit from the decade’s strong returns.

Volatility is a drag

Since it isn’t possible to simply pick which investment returns you want and when, investors must explore ways to mitigate their risk that are more controllable. Managing the volatility in an investment portfolio is an important part of the risk-return tradeoff.

To explore how volatility can impact investment growth, consider this simplified example:

This effect is called variance drain (or volatility drag) and it represents the negative impact volatility has on compounding. As an investment becomes more volatile (represented by standard deviation), the more the arithmetic mean will vary from the geometric mean. The variance of returns in effect ‘drains’ the portfolio, leading to smaller compounded returns.

Maintaining a diversified portfolio and appropriate asset allocation for your life stage can help reduce the magnitude of market volatility, though it cannot be eliminated with continued equity exposure, which most investors require to outpace inflation over the long-term.

The impact of cash flows

It’s worth noting that in both volatility examples above, there are no cash flows in and out of the accounts to highlight the impact volatility alone can have on your investments. If cash flows in or out of your account were added into the equation, it would change the results.

In practice, retirees who are concerned about the sustainability of their withdrawals amidst market volatility may decide to hold off on a major purchase or big trip. Also keep in mind that even if you can cut back, you may not have to, depending on your financial resources and the depth of your pre-retirement planning. There’s no prize for being the richest person in the graveyard so it’s important to find a balance between living your life and your financial concerns.

The role of comprehensive planning

We cannot control the positive of negative outcomes in the financial markets, though there are actions investors can take to benefit from the ups or mitigate their losses during the downs. Since investors cannot predict the high-return years, it’s important that individuals in the accumulation phase save early and often to participate in the benefits of compounded growth.

In the event of a significant market event as you near retirement, consider the pros and cons of working a bit longer or spending less at the onset of retirement. Though not desirable options, it’s important to recognize when you still have some control over the outcome. After you retire, it becomes much more difficult to make incremental changes in your lifestyle that have a meaningful impact on your financial situation.

While it isn’t always possible to plan for all outcomes, comprehensive modeling and Monte Carlo simulations can help reduce the risk of unwanted surprises by combining the various elements to account for the sporadic timing of returns, varying contribution or withdrawal schedules, the magnitude of gains or losses, and so on. As illustrated in this article using simplified examples, the analysis can quickly grow increasingly complex when multiple risks are considered simultaneously, as is the case in real life.

This article was written by Darrow advisor Kristin McKenna, CFP® and originally published by Forbes. 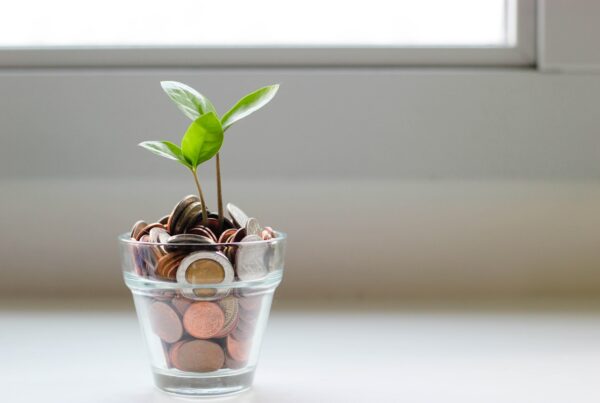 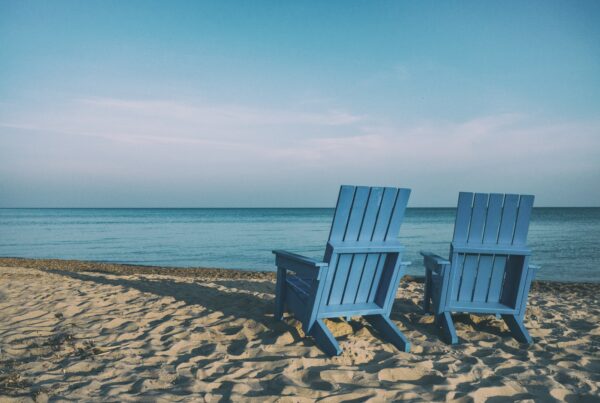 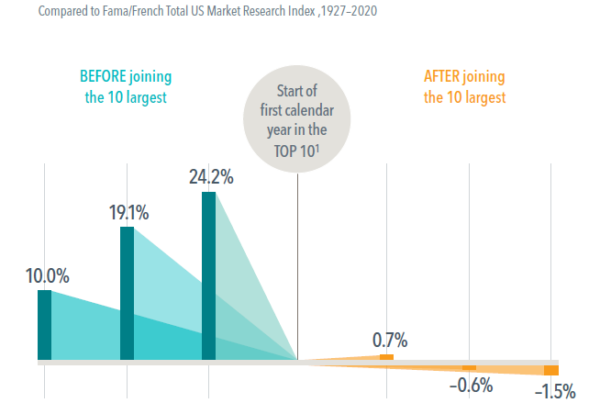 Is Bigger Better? Stocks Tend to Underperform After Joining Top 10